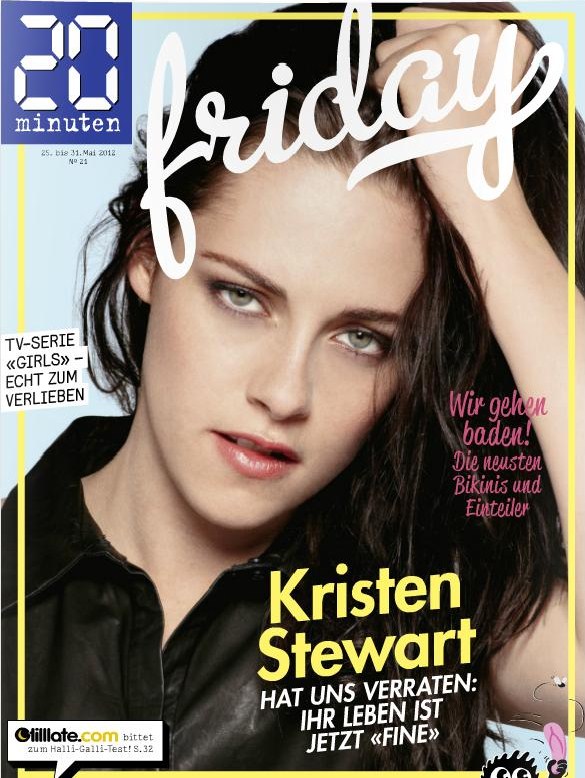 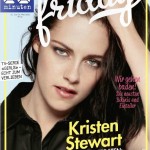 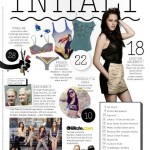 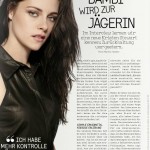 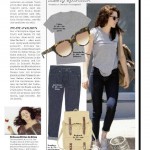 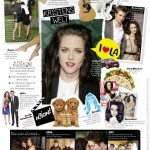 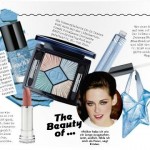 Translation
„Hey, what’s up“, Kristen Stewart says, sits down on a simple black chair and crosses her legs. Apart from constantly bobbing her left foot during the interview she appears to be very relaxed and attentive. She’s trying to catch eye contact (wow the eyes!). Her hands are continuously gesturing when she’s talking. And with her lengthened yeeeeahs and uhmmms she obtains extra time before she’s found the right words for her answers.
The twenty minutes with Kristen change everything I’ve ever thought about her. When I met her for the first time exactly two years ago she was shy. And totally insecure. She restarted almost every second sentence several times. Cracked her fingers. Ran her fingers through her hair again and again. Press appointments were „horrifying and scary“, Kristen once said. The more surprising is her presence and directness that she’s radiating today when she sits next to you. What happened to Kristen Stewart?
Simple insight – huge release
Memo: Kristen is only 18 years old when the first “Twilight” movie – produced with a low budget – went through the roof and caused a hype. The interest in her person is too demanding for her. “The pressure is so huge, everyone’s got expectations.” She said to me back then. She wouldn’t understand why people are so interested in her. “I was just lucky to get the role as Bella. I’m not someone better just because of that.” Self-confidence? Negative. Today she says: „The interesting part about me is what I do, my movies.“ A simple insight that she gained, yet a release for the shy Kristen. “I’m more relaxed now. I’ve got more control over me.” When she sits down with journalists at one table or walks the red carpet she says to herself: “It’s fine.” These things belong to the job she loves so much. And they are no longer a reason to be nervous or insecure.
Bye-bye “Twilight”
The “Twilight” hype was blessing and curse: It overran Kristen – but has also made her a Hollywood-Pro. Kristen finally controls her game, one month after her 22nd Birthday. Just even her name will attract millions into the cinemas. And will bring her offers for roles from blockbuster to art house movies. This year Kristen is seen in even three movies: After “Snow White and the Huntsman” the indie movie “On The Road” will release this autumn and the “Twilight” finale.
“Definitely a big year for me”, Kristen says. She’s ready.
Via