Watch a preview of Kristen on the show here! 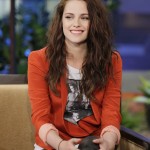 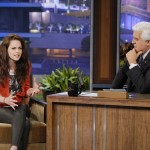 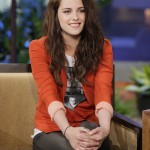 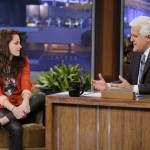 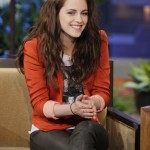 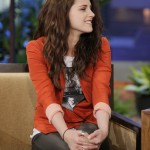 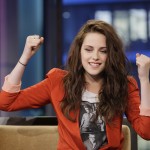 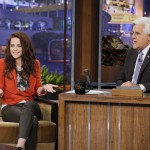 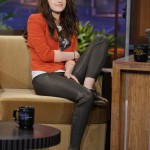 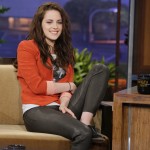 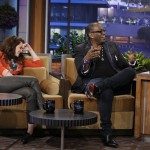 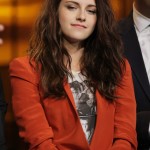 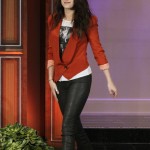 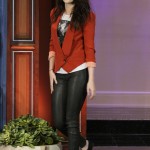 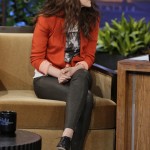 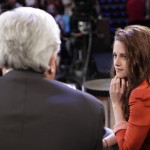 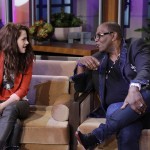 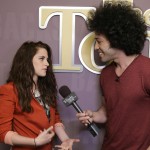 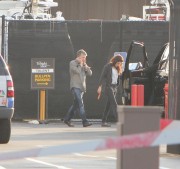 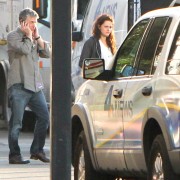 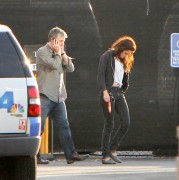 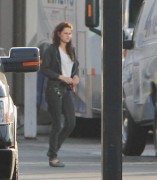 Details about Kristen during the taping (via robkris13):

just a few observations of Kristen bts at the Leno taping today. The other guest tonight was Randy Jackson and the musical guest was James Morrison. Skylar Lane from American Idol was also there and sang with the band.

During the commerical in Randy’s segment, he and Kristen talked a lot and it was wonderful to see her laughing with him. Just before we came back from commerical they did a fist bump…it looked so cool…wish it could have been on camera.

Jay teased Randy about his ability or inability to dance and showed a vid of some guy dancing in the street that sort of looked like Randy. You can’t see Kristen on camera but she is laughing at the vid with all of us. Suddenly the guy on the vid is run over by an ice cream truck! Everyone gasped and Kristen literally jumped up and did a half spin around before sitting back down again. I’m eager to see the show tonight to see if they caught her shocked reaction after she sat down again because it really caught her by surprise.

As you may recall when the musical guest performs, Jay and his guests go over to watch them. Kristen went over with Jay and Randy, crouched down with fingers touching the floor, swaying to the music. She was wearing flats and kept her shoes on. Her last visit in November she took off her heels and went barefoot.

She eventually stood up, hands on her hips, moving with the music. Jay and Randy had her come down and stand in front of them as James finished his song.

Of course HBG was there…very comforting to know he’s always watching over her :)) I’m so glad Jay treats her with respect and it’s obvious he really likes her.

It was so great to see her again…she seemed very happy and was just so beautiful!!