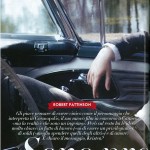 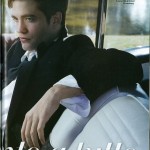 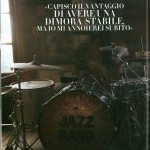 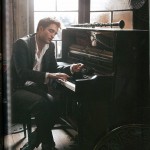 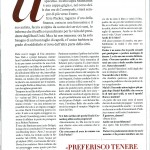 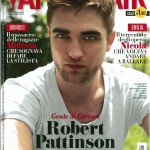 Translation after the break (Mentions Kristen!)

He likes to think he’s cynical like the character he plays in Cosmopolis, his new movie competing at Cannes, “but actually I’m a naïve person”. He has a clear mind on everything else, though: on his job “I know I’m a privileged person”, on money “it’s better to spend somebody else’s”, and love. Are you listening, Kristen?

Men in suits, bodyguards with their earpieces and mirrored sunglasses. The sky above Manhattan is a grey blanket which, within the two-hour running time of Cosmopolis, will turn more and more black.
Eric Parker, a golden 28-year-old billionaire of the financial world, gets into a limousine, and his driver, a taut-faced who reminds of Russian secret service men, informs him of the traffic jam due to the visit of the President of the United States. But he doesn’t care: he just needs a good haircut now, and the only barber able to please him is on the other side of the town.
That’s how Eric’s trip through New York and among his ghosts starts, while the global capitalism outside is about to be subverted by a people’s revolution and a killer, who somewhere can’t wait to finish him off. The most mind-blowing 24 hours of his life, broken up by women with whom he has casual sex, a doctor who daily appeases his obsession with disease, a cold and distant wife, and protesters who wave rats.
The adaptation to the big screen of Don DeLillo’s most visionary novel – written in 2001 and prophesying the Occupy Wall Street protests and everything we are living, was an impossible mission that only a brave director like David Cronenberg could achieve. And only a brave director like David Cronenberg could think of casting Robert Pattinson as the leading role.
It’s true that Pattinson isn’t only Twilight, the saga that will come to an end on November 14th with Breaking Dawn Part 1. Between an episode and the other, he starred in Remember me, Water For Elephants and Bel Ami. But it’s obvious that a character like this can make the difference for him, between keeping holding onto Edward Cullen’s canines and becoming an A-list actor.
In Cosmopolis, Pattinson still has the pale-white face that made teenagers and women from all over the world fall in love with him, though the romantic look has disappeared. We interviewed Robert over the phone from London where he has gone back in the last days, and he sounds so much different from the vampire that made him famous: a young boy’s voice, many laughs, he greets me warmly as if I were a friend “Hey, how are you?”.
I know his publicist is lying in ambush somewhere near him, ready to drag him away from any question on his love story with Kristen Stewart, the envied Bella who, like in their real life two-year relationship, bewitched him in the story, too. I’d better start with the movie.

– Do you know why Cronenberg chose you?
Honestly, I don’t. I’ve never asked it myself. I’m just happy he did.

– What do you think you have in common with Eric Parker?
What I’m going to say may sound weird to those who have read the book or will see the movie. Actually, I think Eric still has a glimmer of hope, even though you can’t see it from the outside. A bit like me.

– Are you a cynic?
I like to think I am, but actually I’m a naïve person.

– Parker is someone who can gain or lose tons of money within few seconds. I’ll quote one of your recent statement: “I don’t like spending money. If I found a free house it’d be great”. Were you joking?
No, why? I don’t mind spending other people’s money at all.

– Don’ t tell me you’re stingy.
If I want something I’d rather someone bought it for me.

– But you are the second highest-paid English actor after Daniel Radcliffe, what do you do with all that money? Investments or real estate?

First of all, I’m not sure I am the second hishest-paid, even though I have to admit I’d like to. I know nothing about investments. I’d rather keep my money under the mattress.

– Are you generous at least?
I think so.

– With your girlfriend, too?
I hope so. But she should confirm it herself.

– Parker basically lives in his limo. He even has a toilet put in inside. You always travel for work, don’t you feel the need to settle down somewhere?
Travelling from a state to another is one of the things I love the most about my job. I understand the advantage of having a permanent place, but it’d bore me.

– How do you see yourself in ten years?
I hope I’ll still be able to do a creative job and be happy. They may sound banalities, but I’m being honest. I know I’m a privileged person.

– In Cosmopolis there are explicit sex scenes. Weren’t you embarrassed?
I felt more embarrassed for the actresses. When a man undresses he may feel stupid, but he has fun after all. I think it’s more problematic for women.

-Are you more sweet or passionate in real life?
Passionate, I hope.

– Your costar in Bel Ami, Christina Ricci, said you are a good kisser. What is the best compliment a woman paid you?
The most beautiful thing a woman can tell you is that she loves you.

– So deep down you are a romantic person.
Well, yeah.

– Both your movie and your girlfriend Kristen Stewart’s On The Road are in completion at Cannes. Who deserves to win? Bella or Edward?
The best of course.

– One of your best friend, the British actor Tom Sturridge, is expecting a baby with Sienna Miller. Would you like to become a dad?
Of course. Maybe not right now, but yes obviously.

– Have you and Kristen already made any plan?
Not yet. We haven’t planned anything.

– Do you feel ready to move in with her?
[he hums to hide the embarrassment] I’m ready for everything.

– You are always far from each other for work. Do you believe in long-distance relationships?
I really think so.

I knew his publicist was lying in ambush. He butts in and tells me “You’ve already asked too many personal questions”.

– You have always played dramatic characters. Wouldn’t you like to do something comical?
A lot, but it’s really hard to find good scripts. And most of all, it’s really hard to make people laugh. It’s one of the things that more scares people who do my job.

– If you hadn’t become an actor, what would you have been?
As I child I would have answered you a pianist, but I think I would have written. I write a lot, whenever I can.

– Did you meet DeLillo?
I did, in Cannes. It was such a thrill. I read the extraordinary novel that is Cosmopolis while shooting, but I had already read many other books of his.

– What do you think of people from Los Angeles, that is your city now?
I have to admit it took me a lot to like them, but I like it there now, especially because there’s the ocean. But I miss London, and I’m realizing it now that I’m back.

– Queen Elizabeth celebrates her 60 years of reign. As a subject, what do you like about her?
I like her intelligence. She looks like a very smart woman.

– And what about the Middleton sisters, who do you like more?
Who do you Italians like more?

– Do you think that after Cosmopolis, you’ll be able to finally get rid of Edward Cullen?
I’m okay if people just manage to see this and other movies I’ll make without being influenced by Twilight.

– Johnny Depp, whom Tim Burton wanted for the role of the vampire in Dark Shadows, said he is the Alpha vampire. Do you have any objections?
No. Actually he’s really manly.

– Tell us the truth, do you miss Twilight?
I finished shooting the last scenes a couple of weeks ago, so it’s still too early. Maybe in a few years. Maybe.

He likes to think of as cynical as the character he plays in Cosmopolis, his new film in competition at Cannes, “but the reality is that they are naive.” But the rest has clear ideas

Men in suits, bodyguard in mirrored sunglasses and earphones. The sky above Mahhattan is a gray and, during the two hours of Cosmopolis, will turn increasingly to black.
Eric Packer, golden boy of finance, enter into a limo and its driver, face sculpted by man of the Russian intelligence services, informs him that traffic was paralyzed for the visit of President of the United States. But he is not interested now just needs a good haircut, and the only barber in a position to satisfy the other side of town. (…)

Transpose into a Hollywood movie one of the most visionary novels of Don DeLillo – written in 2001, is a prophecy of Occupy Wall Street and everything that we are living – was an impossible task that only a director like David Cronenberg’s brave could succeed. And just as brave as a director David Cronenberg was reminded of entrusting the starring Robert Pattinson.

It is true that Pattinson is not only Twilight, the saga will end November 14 with
Breaking Dawn – Part 2: between one episode and others, has also starred in Remember Me (2010), Water for Elephants (2011) and the recent Bel Ami. But it is clear that a character like this can do for him the difference between staying anchored to the fangs of the vampire Edward Cullen and be admitted into the club of actors to Serie A.

In Cosmopolis – premiering at Cannes – Pattinson keeps the pallor that made fall in love all over the world, girls and boys grew up, the romantic air of Edward, however, has disappeared. (…)

Do you have any idea why David Cronenberg chose you?
I don’t, to be honest. But I never wondered why, I’m just happy he did.

In “Cosmopolis” there are sex scenes which are quite explicit: weren’t you embarrassed?
I was more nervous for the actresses. When a man takes off his clothes he may feel stupid, but in the end he enjoys himself. I think it’s different for a woman, more problematic.

In real life, are you more sweet or passionate?
Passionate, I hope.

One of your best friends, British actor Tom Sturridge, is having a baby with Sienna Miller. Would you like to become a father?
Sure. Not right now, but yes, of course.

Have you made any plans with Kristen yet?
Not yet. We haven’t planned anything.

Do you feel ready to move in with her?
[sings to hide the embarrassment] I’m ready for everything.

The full interview on n. 30 of Vanity Fair on newsstands May 23.