Here’s a compilation of the Robsten-worthy Entertainment Weekly Covers over the years. I’ve only highlighted the covers in which Rob and Kristen were featured. Enjoy 🙂
2008
July 14

His audition consisted of a love scene with Stewart on Hardwicke’s bed. ”It was electric,” Hardwicke says. ”The room shorted out, the sky opened up, and I was like, ‘This is going to be good.'” 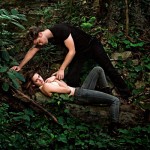 After seeing the first cut, the author’s only real concern was that Edward and Bella’s steamy kissing scene was too hot for the beginning of a relationship. “You’re not going to have anything to work with as the series continues,” Meyer told Hardwicke, who cut the sexy wide shots in exchange for more chaste close-ups. “In a weird way I think it’s better,” says Hardwicke. “It’s less like other movies.”

EW: Kristen and Rob, why do you think people are so obsessed with the state of your offscreen relationship?
Pattinson Good question. That’s a little thing I have to think about every day.
Stewart Maybe it’s just my personality, but I’m never going to answer it. I probably would’ve answered it if people hadn’t made such a big deal about it. But I’m not going to give the fiending an answer. I know that people are really funny about “Well, you chose to be an actor, why don’t you just f—ing give your whole life away? Can I have your firstborn child?”

EW: Rob, what’s the secret to not having to take your shirt off?

Pattinson Don’t work out. I just kept telling everyone hey I needed to take my shirt off in a scene, and everyone else had to think of reasons why I shouldn’t. “No, I don’t think so–Edward is much more chaste than that.”
Stewart “He is modest. He is much more modest.”
Pattinson Then I’d say, “No seriously–I would like to wear a really tight tank top and have my belly come out of the bottom. And have some sweat on it, too.”

Stewart, who has become a devoted caretaker of the Bella character over the years, says she’s in full agreement with her fictional counterpart: “I’m so on Bella’s side. The idea of destroying something they made together that could never happen again … It has nothing to do with the pro-life thing. I just love the idea of her fighting. She’s been willing to die for it.” … “This could happen to anyone my age. I mean, maybe not the whole vampire thing, but everything else. It didn’t feel like, ‘Oh, how could you have possible played this? It’s so beyond your years!’ It’s like, ‘Not really, dude. I could fucking get pregnant tomorrow'”

Stewart: That whole part of the book is something that I read thousands of times. It was oddly emotional the first time I got to set and saw everything and everybody.
Robert Pattinson: Yeah, you were really sweet when you first showed up.
Stewart: Oh, shush.
Pattinson: I did my scenes first. And I was looking at you, and you kind of didn’t want anyone to see your face. It was funny, I could see her getting sort of emotionally affected by it and I almost didn’t want to stay at the end of the aisle. I wanted to go down and say, “Stop being ridiculous.” (Laughs)
Stewart: I wanted to run down the aisle. I was literally pulling away from Billy (Burke, who plays her father). Now it’s a trip to watch the wedding scenes especially. It was so volatile and emotional — I was being such a crazy person. 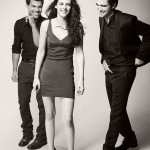 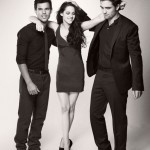 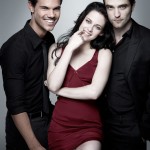 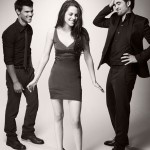 Pattinson: And when we did they kept telling us to stop. [laughs]
Stewart: I know! Bill kept going, “Stop thrusting!” [Laughs]…I mean I didn’t actually want to have sex with him on set but….
Pattinson: Why not? [laughs] You can see my butt crack – why does butt crack not make it an R? You see my butt crack the whole time.

“They were amazing with [Mackenzie],” Condon says.  “It really brought something paternal out in Rob, and Kristen was especially protective.  I’d have to interrupt them when they were in deep conversation to get going with a scene.”

Pattinson marveled at Edward’s unflappable ability to stay rational. “It’s strange. All through the series, it’s like, ‘Hey, this guy is trying to be sensible! Let’s think this thing out.’ And everyone is like, ‘F— you!'” he said with a laugh. “But what did you learn?” prodded Stewart. Pattinson answered, still laughing, “Don’t be pragmatic. Be an emotional idiot.”