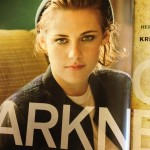 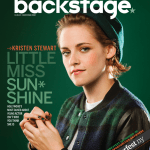 The interview focuses on how Kristen is not who everyone thinks she is. When everyone assumes she doesn’t like to talk to people, Kristen explains it’s actually the opposite:

“I actually like giving interviews!” She elaborates, “Given that I can talk to a hundred or more people at a press junket, at some point there is going to be something brought up that makes me see things I never considered. It’s fascinating to talk to so many people about one of the most important things in your life.”

She also talks about Bella and Marylou:

“I know it’s an odd thing to say, but it didn’t worry me. I really do love taking walls down. I didn’t want to hide, especially as Marylou—she’s the last person who would hide.”

“Other people try to distance me from her, but not me,” she says. “I’ve said it a hundred times before: I love Bella.”

And just when people try to attack her about the media, this is what she has to say:

“It’s funny how people forget that,” Stewart says. “If I don’t look elated in a paparazzi photo, people say, ‘Well, you signed on to this!’ Well…not really, all right?” Stewart can pinpoint the moment she began to realize what the film would become. “It was at Comic-Con, when we were literally hit with the energy of 6,000 people like a brick wall in the face. That was the moment I went, ‘What the fuck is this going to be?’ ”

Last, she has to make a comment about 50 Shades of Grey and how the main character, Ana, oddly resembles herself physically (because it was based on Twilight fanfiction):

“When I read the first few pages describing her messy hair, I was like, ‘This is so strange.’

To read the interview in full, click the source.