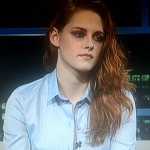 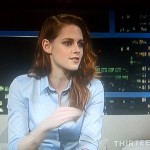 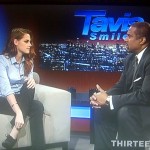 OTR was Kristen’s first favorite book. When she was 16 she put the book on her dashboard 🙂

Kristen wants to “discover America .. as cheesy as it sounds”

Kristen is happy that the story of Twilight has been told

Kristen is talking about enjoying doing the Indie movies during Twilight

“I’m sorry if they are here.” Re: Paparazzi

Talking about waving at the staring person in the restaurant 😛

Kristen is paranoid about ppl laughing at her, like in third grade 😛

Kristen says that it was good that she started acting when she was young because she wasn’t so self-conscious.

Compares acting & the movies to a good book, but w/ this, you LIVE IT 🙂

One thought on “Kristen on Tavis Smiley Show – Dec 10”