Back From The Dead

Goodbye vampire. Robert Pattinson starts a new career. With movies in Cannes and as the face of Dior.

French; wherever you go, all you hear is French. That is rare in the “Beverly Hills Hotel” but the whole Dior crew flew in. This noon, everything is about the new star of the Dior Homme campaign, Robert Pattinson. Former Twilight superstar, teen sensation comparable to Justin Bieber, and now on his way to a new life as a grown up actor with successes in Cannes. Pattinson is nervous, not a cool guy. He used to smoke but these days are over. Yet on the sofa next to him, there still are four boxes of cigarettes. He plays with the cig, bounces his hand. Maybe everyone would be nervous if they start their second world carer at the age of 27.

Mister Pattinson, you’ve been chewing on this cigarette for a while now. Is is made of chocolate or gum?

That would be really embarrassing. It’s actually an electronic cigarette.

Why don’t you smoke anymore?

It had to stop. Just like the time as a Twilight vampire.

Non-smoker and short hair.  Aren’t things like that clear indicators for the next career step?

My hair probably speaks for itself and I don’t really have to say anything. I wonder why people are so obsessed with my hair. In a TV-show Heidi Klum once even said “Hey Robert, how can you make your hair look good like that?”

Have you ever had bad hair?

A tacky ponytail; combed back with vaseline. And tons of perfume on top of that. It was all too much. I’d say at thate time I wasn’t a real man.

Well, we can assume you are one now. In the advert for Dior Homme you seem to have some similarities with Jean-Paul Belmondo in Breathless?

I really just wanted to play a guy who has some kind of sensibility but still loves to be free. I think it’s rather embarrassing if men act too manly.

When you were young, as a model, you almost looked like a girl. Didn’t that bother you?

No,  I was simply young. I did it to meet girls, without thinking of any kind of career. I had a pretty “from-hand-to-mouth” understanding of life; someone takes a picture of me and I get 20 Pounds.

After Twilight you were set for life. Did that kind of success make you realize who you really are or who did it make you brood about the principle of the matter?

The only thing I know is I will eventually get somewhere. I do something which, until recently, I had no idea I was capable of: to act in front of a camera in such a way that other people believe it.

Your success was beyond any kind of standard, even colleagues like Emma Watson don’t envy you. How did you manage to remain calm?

I just worked – all the time. It felt like 24 hours a day. I didn’t have time to freak; work is the best thing to keep you from going crazy. That’s how I was able to ignore the masses in front of my hotel. Bars was a different story. There, there are a lots of guys who just want to punch me in the face.

Yeah. Without any kind of reason.

Because they’ve seen your face placated on a bus station?

Maybe. That would be enough.

Every movie I make should get into Cannes. When I decided to do David Cronenberg’s Cosmopolis I suddenly had new possibilities. David helped me to become an actor.

You are 27 years old – in the showbiz that is a dangerous age and outside of it definitely a moment when emotions change completely.

Do you want me to tell you whether I die this year? I’ve been dead long enough when I was Edward Cullen. Ever since I did the Cronenberg film I have had a different life because with 27 people talk to you like they would to an adult. When I did Twilight they thought I was “just” famous. And no one likes famous people.

What makes you think that?

It’s the “Uber-Pattinson-Powerfactor”. Suddenly faces that appear out of nowhere are getting rich and famous. That’s something that makes other people nervous.

Gifts, special treatments, limousines, all of that is probably good for your ego. But what makes you feel safe?

With me it’s my family. I even let them decide on scripts.

You leave your career plans up to your parents and siblings?

Yes. I mean, they are in a lot of stress because of me. They never chose to be the family of Twilight Pattinson. And sadly, they also often get visits by the paparazzi.

What would you want to be like? Which actor do you watch closely, when it comes to plans for the future?

Joaquin Phoenix. His acting has direct consequences for his life.

In his documentary he mocks himself and Hollywood and he doesn’t want to be an actor anymore.

I don’t want to work as an actor all my life either.

Then what? Will you open a business in Silicon Valley and develop apps?

Can you now take your time to decide on which role you take? Or would that be rather counterproductive, despite your fame?

I need a long time. But I must get quicker. Today, business manager decide whether they take you or not, and they don’t wait too long. Also, I’d like to be a little older and more mature for certain roles – because you can really be too young for a film.

When I did Bel Ami I was way too young for that character. This guys was an alpha-alpha guy, clever yet dull und unethical. Everyone who did him a favor, in most cases that were women, came off rather badly. The character was simply good in being an asshole.

Would you play a better asshole today? 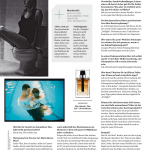 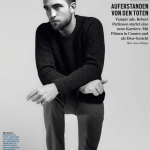 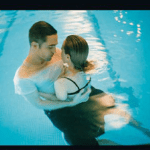 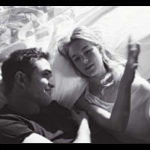