What a gift to wake up to today, lovelies! She looks gorgeous.

WANTED: A wild gal with enough gun slingin’, thigh slappin’, ball-breakin’ attitude to front Chanel’s Paris-Dallas collection campaign. Creative Director, Karl Lagerfeld needed to cast a cutie with more kick than a buckaroo to do justice to his haute hoedown of blanket ponchos, holster belts, Deep South denim and billowing frontier frocks; actress Kristen Stewart was the dame for the job. The news broke in Grazia magazine this morning and here on Grazia Daily you can also see the accompanying video…

Last December in Dallas Kristen sat front row in a straw-strewn gigantic replica barn to watch this incredibly crafted Metiers d’Art collection storm the runway, but Mr Lagerfeld had bigger plans in store for the actress… Karl’s love of rebellious leading ladies is well documented – Alice Dellal, Lily Allen and Cara Delevingne have all previously graced Chanel campaigns – however, Kristen admits to being surprised at the maestro’s decision. ‘Typically I wouldn’t see myself as being the quintessential face of Chanel with the pearls and the classics but I liked stepping into that role and this suits me a little bit more than past collections because it is very American,’ she explains. ‘I can’t use the word bad-ass but there is something about it that is fun… fierce.’

The girl who famously ditches heels for sneaks on the red carpet has certainly found her high fashion footing in this Lagerfeld-lensed shoot – knotting the shirts herself and slipping convincingly into character. ‘I’ve had a budding relationship with Chanel and Karl since I was quite young. The first time I wore Chanel was in 2007 at the “Into the Wild” premiere at the Toronto International Film Festival, then at my first Met Ball experience, The Baftas… It always felt like a privilege to wear Chanel and to be around Karl who is an artist that, for me, constantly inspires.’ With the black star gown earmarked as her favourite, and an admiration for the designer’s chic take on a Stetson-boater hybrid hat, there’s no doubting this Hollywood darling will be cutting a swathe in the ranch-ready range over the coming months.

– What do you think of Karl Lagerfeld?

Kristen Stewart: ‘He was born to fulfill the role he does, not just in the world of fashion but also in the arts. You know the reason people are intimidated by him is not because he projects that but because of what he has accomplished and everything that he represents. And then when you meet him, he’s the opposite of intimidating, he is everything that my experiences taught me about true artists which is that they do what they do because they love it and they need to do it and they have fun doing it. Therefore, when I get to collaborate with those people it’s nothing but everything that I want, all I want to do is to create things with people that are good at what they do and you sort of don’t get better than him. And just to put it sort of dumbly, even just in the way that we were shooting, if you have to try too hard to do something it’s probably because it’s not right. Everything today [on the set] was like breathing, it was so easy and he knew as soon as he saw what he wanted, it was like ‘done! ‘It was effortless and he’s awesome and he’s so sweet.’

– How does the fashion world, and the experience of a fashion show, compare to the movie world and events such as the Oscars?

Kristen Stewart: ‘I love sitting down to a show and experiencing it with all of my senses, it’s about the music, the feeling in the room. Everything about a show is supposed to evoke a feeling and not all of them do, sometimes it’s just about the clothes and when you see a show that tells a story and has a setting and it has a context, it’s like watching a film. And so to be around that energy, that’s what I look for in my job and so I have nothing to do with fashion necessarily, I don’t make the clothes, I have nothing to do with it but just to be around that, is why I do what I do. I want to feel that creative energy and when you find yourself on a movie set and its right, it’s like to stumble upon a miracle and you can’t really take credit for it, you can’t control it, it just happens. And when you go to a good show, it’s like you are watching history, it’s like you are watching something that is like lighting a bottle, you know they hit something. I’ve been to two of the shows and each time it was a full experience, it wasn’t about the clothes or picking out what dresses you liked, it’s about watching it as a whole, watching the story unfold.’

– What was the atmosphere like at the Paris-Dallas show? What inspires you most about this collection?

Kristen Stewart: ‘We were all transplants, none of us were from there so I think we all got there and felt fully transported into not just another place but another time. Without being remotely derivative it’s very referential of something that I come from. Chanel is this quintessentially French brand and they are really pulling from art, history and making a cowboy hat which you would never think would ever work for Chanel but they knocked it out! You know not just chic and elegant and beautiful which it all is but it’s also just so cool.’

– What is your favorite piece?

Kristen Stewart: ‘My favorite dress is the long black tulle one with embroidered stars, and the shoes that I’m wearing in the ad campaign.’ (Kristen Stewart is wearing patent calfskin lace-ups)

– Why did you decide to collaborate with Chanel?

Kristen Stewart: ‘I’ve had a budding relationship with Chanel and Karl since I was quite young. The first time I wore Chanel was in 2007 at the “Into the Wild” premiere at the Toronto International Film Festival , then at my first MET ball experience, The Baftas, the Vanity fair shoot were I posed with Karl for Mario Testino. It always felt like a privilege to wear Chanel and to be around Karl who is an artist that, for me, constantly inspires. He manages to never stop moving forward while remaining completely quintessential. Being accepted into the family that is Chanel is very full circle for me.’

– What has been the most eye opening or fun experience shooting this campaign?

Kristen Stewart: ‘The idea of Karl, what he has accomplished, the role he has created for himself in the arts and in society. The only intimidating thing about him really is that scary unapproachable facade which is something people project onto him I think. Because when you meet him or you have the opportunity to watch him work or in my case “work with him” he is so awesome. And you can really reap the benefits of being around someone who knows so much and is so creative and driven and excited. It shocked me what a well-rounded and talented photographer he is. How truly into it he actually was. Basically and obviously, he is so much more than a fashion designer; he is a true renaissance man, one of the greatest artists of our time.’ 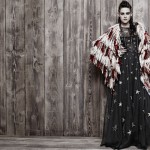 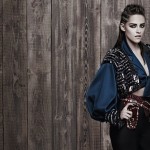 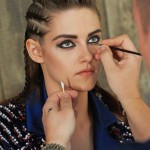 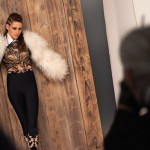 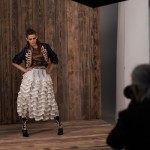 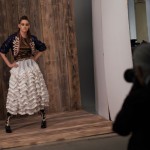